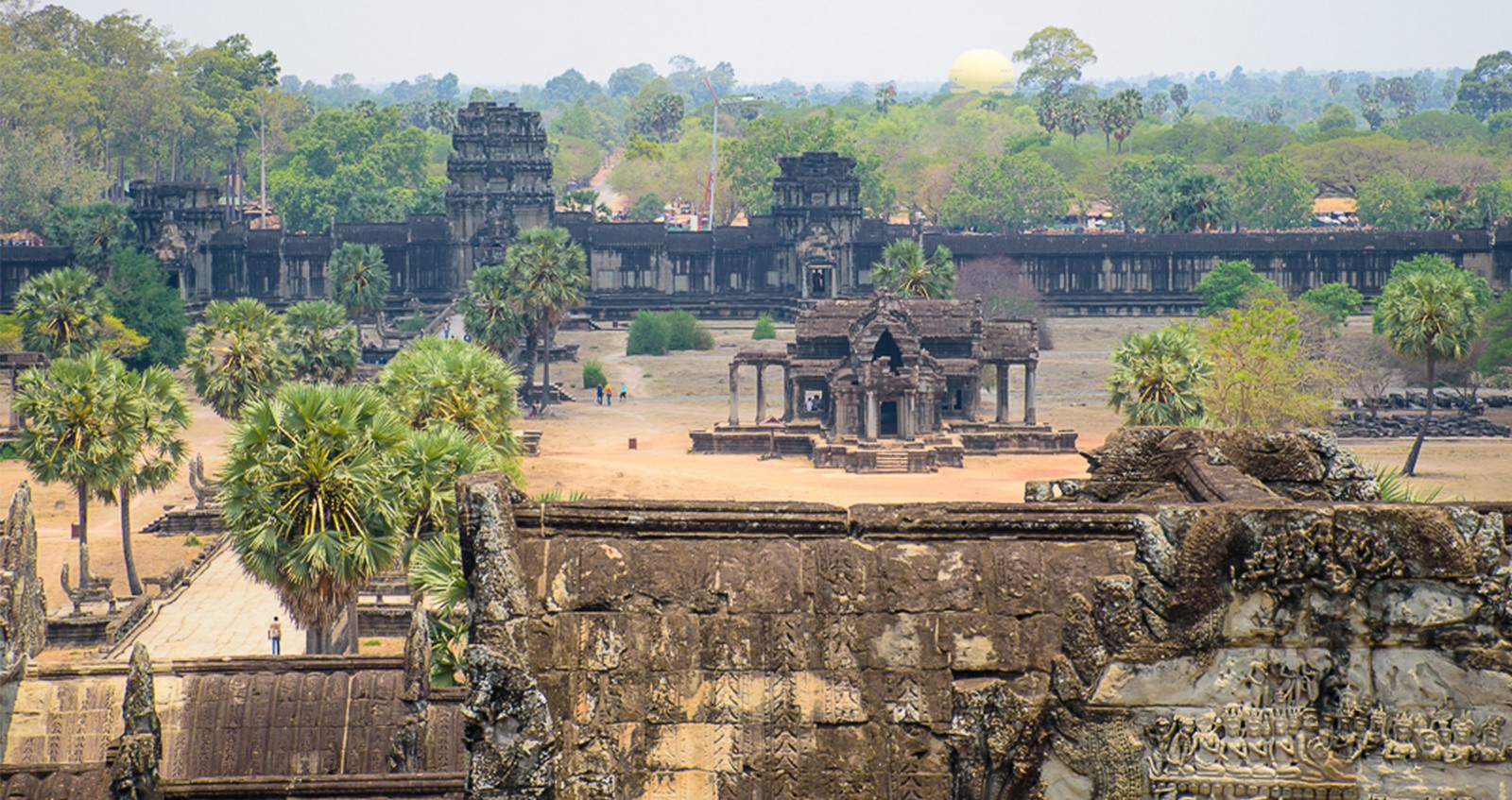 Angkor Wat is the ultimate expression of Khmer genius – an awe-inspiring temple that is stunning for both its grand scale and its incredible detail.

A visit to Cambodia’s World Heritage Temples of Angkor complex, voted by Lonely Planet as the world’s number 1 sight, is understandably high on the list for many travellers. Get to know a little about the history, meaning and features of its most renowned and iconic temple, Angkor Wat, then start planning that once-in-a-lifetime trip.

Angkor Wat – built by Suryavarman II (r 1112–52) – is the earthly representation of Mt Meru, the Mt Olympus of the Hindu faith and the abode of ancient gods. The Cambodian god-kings of old each strove to better their ancestors’ structures in size, scale and symmetry, culminating in what is believed to be the world’s largest religious building.
The temple is the heart and soul of Cambodia and a source of fierce national pride. Unlike the other Angkor monuments, it was never abandoned to the elements and has been in virtually continuous use since it was built.
Special features

Western orientation
Symbolically, west is the direction of death, which once led a large number of scholars to conclude that Angkor Wat must have existed primarily as a tomb. This idea was supported by the fact that the magnificent bas-reliefs of the temple were designed to be viewed in an anticlockwise direction, a practice that has precedents in ancient Hindu funerary rites. Vishnu, however, is also frequently associated with the west, and it is now commonly accepted that Angkor Wat most likely served both as a temple and as a mausoleum for Suryavarman II.